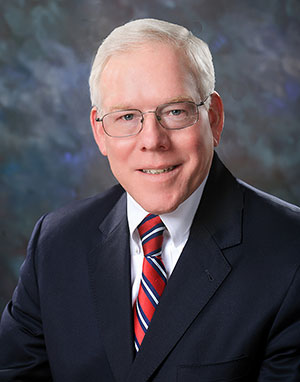 Mr. Williamson has been a trustee since March 2012. He served as Board Chair for three years ending June 30, 2022.  He was Vice-Chairperson for two years ending June 30, 2019. He recently retired after seventeen years as a principal with a financial planning and asset management firm affiliated with Ameriprise Financial. He previously held executive and management positions with WorldCom/MCI Telecommunications, Citicorp, and The Ford Motor Company.

Mr. Williamson holds a B. S. from the College of Industrial Management at Clemson University and an MBA with a Finance concentration from the Pamplin College of Business at Virginia Tech.

He was chairman of the Mike Callas Stadium Committee which successfully raised $5 million for an athletic facility at North Hagerstown High School. Mr. Williamson is a native of Arlington, Virginia and has lived in Washington County for over 30 years.